Join us Fridays @thetopiaryshapingthetree for an online interactive shopping experience every Friday! 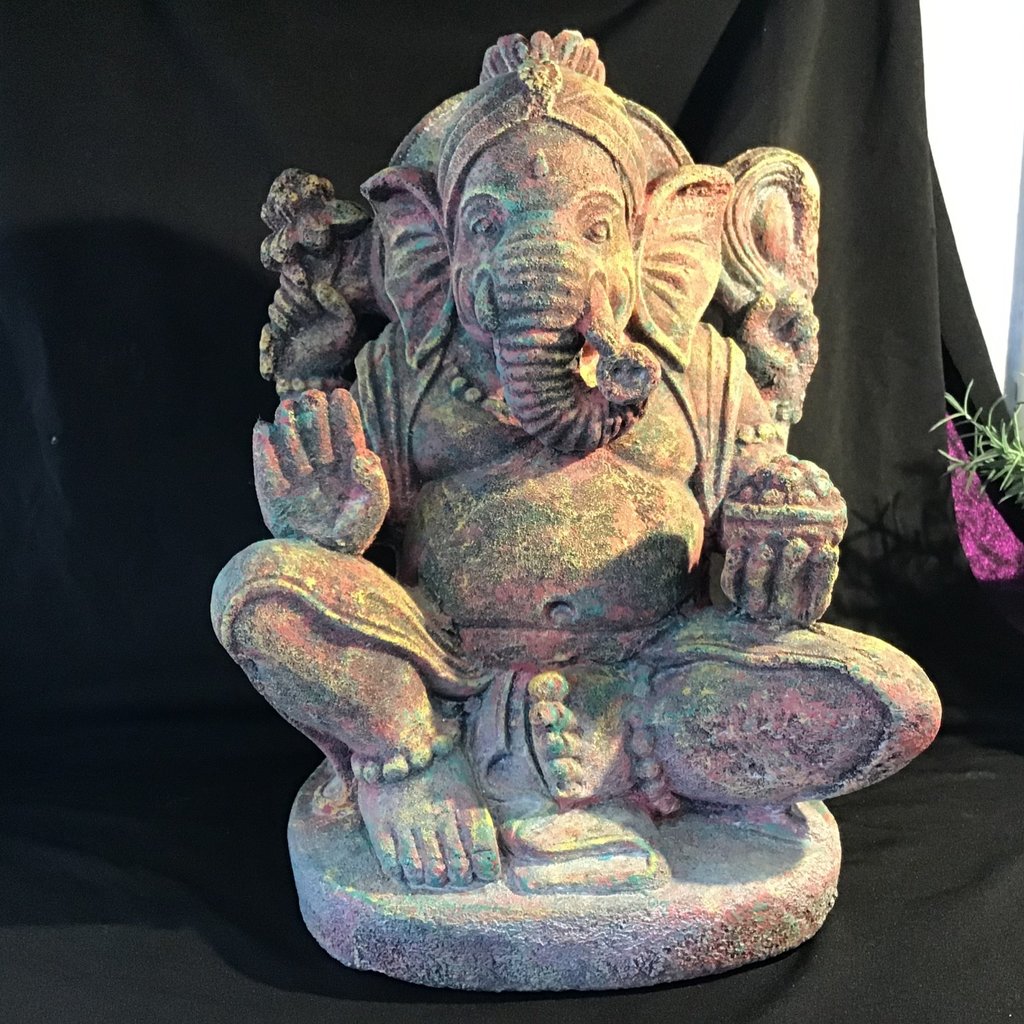 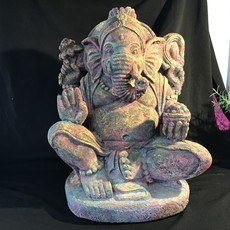 Ganesh is the most worshipped deity in Hindu religion but has wide spread devotion from Buddhist, Janis and others. Ganesh became highly worshipped in the beginning of the 4th and 5th century AD. Ganesh is said to be a restored son of Parvati and Shiva. Stories say Parvati made Ganesh to protect him and Shiva but when Ganesh came between them Parvati beheaded him and gave him an elephant head and a big belly.
However these stories vary from source to source.

Ganesh is known to move obstacles and it is believed to be reason for his creation. He can remove either material or spiritual obstacles. He is also known to place obstacles in the way of those who need to be tested or checked. He is known to be a God of new beginnings and is a patron of arts and science. He is clever and loves intellect, intelligence and wisdom. He is also believed to reside in the first chakra and helps guide all other chakras.

+ Add your review
0 stars based on 0 reviews

The Topiary staff all have a personal interest in our products which is what makes us so great at helping our customers. Always feel free to ask us any questions!
Have a question? DM us NOW!
Add to wishlist / Add to comparison
Sign up for our newsletter