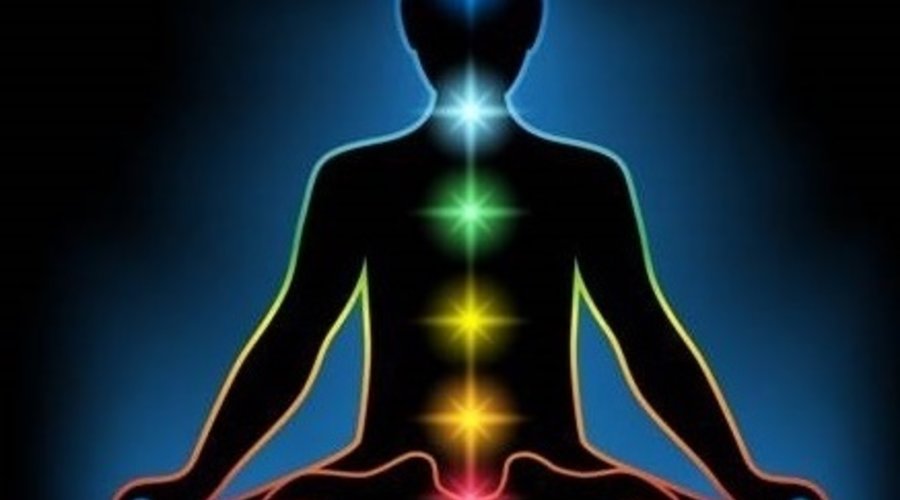 Chakras are focal points of spinning energy disks within our physical self and each one corresponds with specific regions within the body. They effect our emotional and physical well-being. There are seven main chakras that run along the spine that act as emotional, spiritual, and physical centres.

Chakras are a complex and ancient energy system that was first documented in India. They were first mentioned in the Vedas, an ancient sacred document containing spiritual knowledge dating from 1500 to 1000 BC. Chakra means ‘wheel’ in Sanskrit, the primary sacred language of Hinduism. Chakras have been described by many cultures, in the Jewish Kabbalah they are known as Sephiroth and they went by Pukios to the ancient Inca. Chakras have been described in Tibet, Egypt and China, and have been found in many North and South American tribal philosophies. They are a large influence in Taoism, Sufism and Buddhism. In the early 1900s Sir John Woodroffe wrote the Serpent Power and in his book he interpreted from the Hindu Chakra system that there were seven main chakras. This interpretation became the prevalent belief in Westernized societies, but ideas and thoughts around the Chakras remain as diverse as the cultures that seek to understand them.

The Root Chakra is located at the base of the spine for men and between the ovaries in women, and is the energy centre for grounding. It is essential for feeling secure and stable. The Root Chakra helps in the forming of our physical identity. Blocked chakras can bring emotional insecurity and inhibit our well-being. When the Root Chakra is aligned and open one will feel grounded and safe both physically and emotionally. Sometimes referred to as the survival chakra, the Root Chakra is associated with keeping the physical body alive. This can include concerns over money, food and shelter. The Root Chakra is associated with family history and trauma which contributes greatly to one’s idea of reality. A person’s reality is shaped by many factors including a family’s social status, educational level, legacy and expectations handed down through generations. The Root Chakra involves the tribal mind, specifically meaning one’s loyalty to their kin, not to be confused with unconditional love. A blocked Root Chakra can lead to difficulty holding a job or a stable living situation, as well as a lack of commitment and lowering of confidence. By keeping this chakra clear one should lead a more secure and confident life.

The Sacral Chakra is located in the lower abdomen to naval area. It is the energy centre in which we perceive other people’s emotion and allows for stronger feelings of empathy. The Sacral Chakra can heighten intuitive senses through increased understanding of one’s emotions. It is essential for all the physical aspects of everyday living. The Sacral Chakra is concerned with one’s sexual energy and is the point from which we send and receive sexual feelings. This chakra is highly associated with our creativity and emotional well-being. When this chakra is blocked it may lead to sex and control issues and incorporates one’s guilt and shame. A blocked Sacral Chakra can cause one to seek out power and control in the physical world. It can cause emotional turmoil and fear of abandonment. Blockages within the Sacral Chakra can be caused by unresolved issues of abuse and can lead to severe addiction. By keeping this chakra clear one should lead a more creative and empathetic life.

The Heart Chakra is located within the heart. It is the Chakra of love, affinity, compassion and nurturing. It allows feelings of Oneness with life, bringing peace and tranquility within oneself. The Heart Chakra is the focal point for unconditional love and forgiveness. Its energy helps to communicate with the divine and generates a state of openness. The Heart Chakra is associated with our sense of identity. It connects the lower three physical and emotional centres with the three higher mental and spiritual chakras. Heart Chakra blockages are associated with grief and loss. When blocked one may have issues with forgiveness and have unresolved anger. It may cause hostility and resentment, harming relationships and effecting the ability to receive love from others. It can contributes to self-centredness and bitterness. One may be consumed with feelings of judgment and become harsh with others. The Heart Chakra when opened should bring a life of love and acceptance.

The Throat Chakra is located at the base of the larynx. It is the Chakra associated with communication, inspiration, personal experience and following one’s dreams. The Throat Chakra is the centre for your inner voice and assists in speaking your truth. It is responsible for the ability to manage one’s personal needs and nourishment. This Chakra involves the power of the spoken word and access to higher knowledge. When the Throat Chakra is blocked it can cause issues with personal expression, affecting the ability to express true feelings, thoughts and beliefs. One may find it difficult to speak up for themselves. When this Chakra is blocked it can cause difficulty following dreams and using one’s power to create in the physical world. The Throat Chakra when opened should bring a life of truth and inspiration.

The Third Eye Chakra is located at the centre of the forehead, between the eyebrows. It is the clairvoyant centre and is associated with intuition, wisdom, and personal vision. It is the Chakra of visualization, imagination, and insight. The Third Eye Chakra is responsible for the intuitive ability to understand what other people are thinking of you. When this Chakra is blocked it can bring fear of self-reflection, disrupt intuition, and dilute your inner truth. It can cause paranoia and anxiety. When this Chakra is blocked it can cause fear of change and a refusal to learn from life experiences. The Third Eye Chakra when opened should bring a life of knowledge and new experiences.